What is Google Duplex?

Google Duplex is an exciting AI project from Google that has attracted interest from both businesses and consumers. We have taken a keen interest in this project from a marketing perspective, considering factors that may affect SEO, PPC and Web Design. Therefore, we have been monitoring progress very closely and have put together a brief summary below.

In May 2018 at Google I/0, we saw an amazing demo where Google’s virtual assistant made a reservation on behalf of a user and spoke with a very human-sounding voice – here we saw that the virtual assistant can make appointments on your behalf. In a follow up to the original demonstration, Google released further information showing how a user would tell Google Duplex to set up a restaurant reservation and how the AI would then confirm back these details.

Later in 2018, Google rolled Duplex out to a sample group of users in major US cities. Several changes were made to tackle security concerns including having the AI voice system declare it was from Google at the start of the call and have it also inform the receiver the call is being recorded.

This month, Google Duplex has expanded its reach even further, with a pilot program launching in New Zealand. Google Duplex will soon contact small business owners regarding their holiday opening hours for the upcoming Labour Day public holiday, and any changes will be reflected on the company’s Google Maps listing and Search results.

“Duplex on the web” was unveiled at Google I/0 ealirer this year and looks to take the same AI principles but apply them to web forms. Making clever use of other Google services, such as Google Calendar, their demo showed the digital assistant book a car rental. This month will also see Duplex on the web become available to certain users to book cinema tickets. 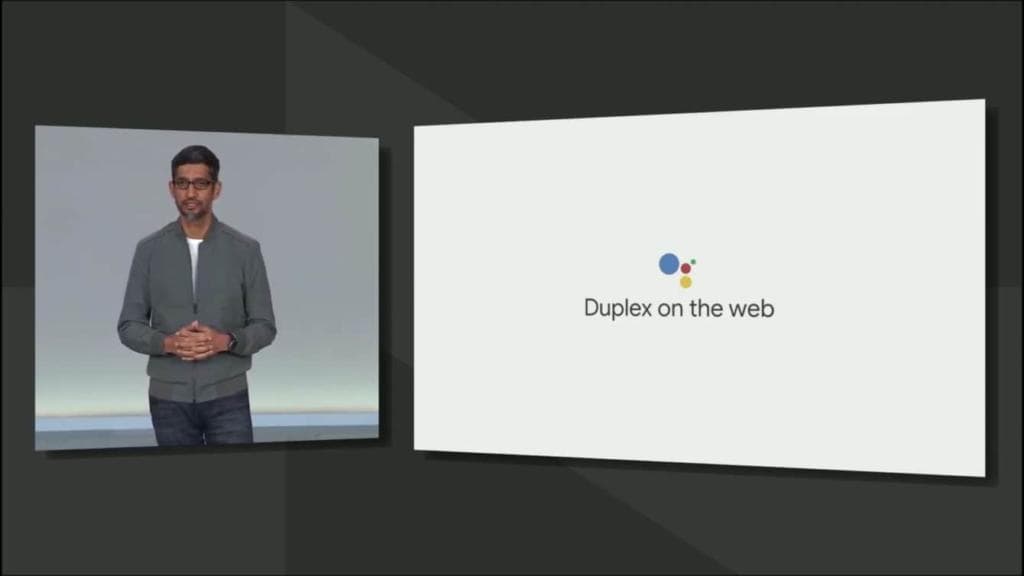 Right now, individuals with access to Duplex are only able to use the service to make restaurant reservations along with the recently launched Duplex on the web. However, it’s easy to see how the service will expand in the future and this opens up many questions related to things like customer service, marketing and other business functions. If you’re interested in Google Duplex and would like to learn more, please get in touch.