Ecommerce Site of the Year

We’re really excited to announce that we’ve been nominated at the Annual Awwwards for Ecommerce Site of the Year 2017, which is hosted by Awwwards. Herdl has had a fantastic year and to be recognised by our peers in this way is an accolade we’re very proud to share.

We’d really appreciate your support so please go to the event site and vote for us! You can find it here. 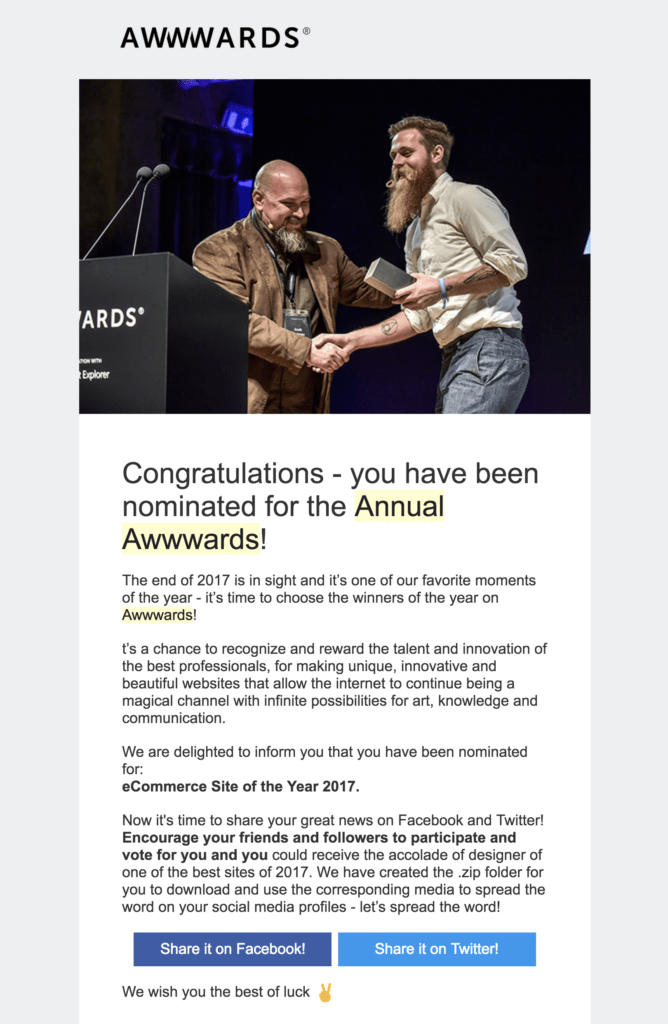 For those unfamiliar with the web design and marketing industry, Awwwards are one of the biggest and most prestigious awards bodies, celebrating design, creativity and innovation on the internet. Across this year, we’ve won a number of awards for our work including an Honourable Mention from Awwards for Two Chimps. To receive an Agency of the Year award would the icing on the (Christmas) cake.