Herdl Nominated for Designer of The Year 2018

We’re extremely excited to announce that we have been nominated for Designer of The Year in the studio category (Studio of The Year) by CSS Design Awards. You can see all of the nominees on their dedicated award page for the current year. 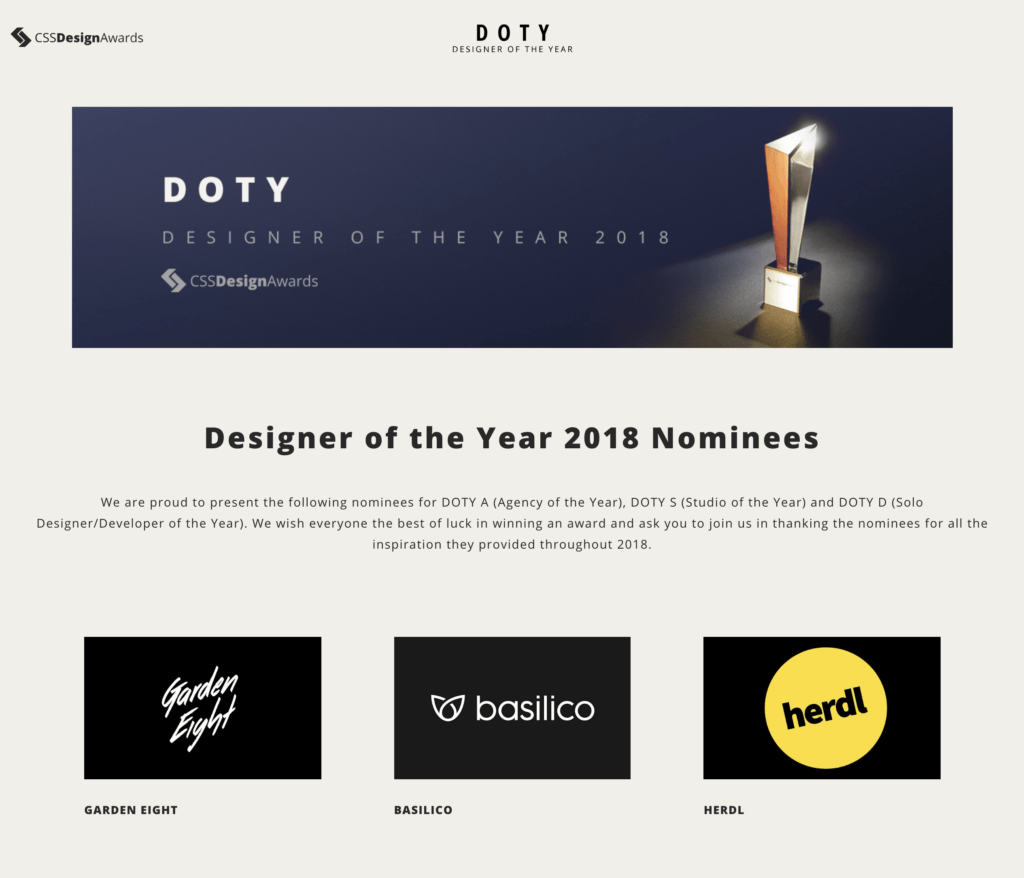 CSS Design Awards are one of the largest and most respected awards bodies in our industry, so receiving this nomination is a huge achievement. The panel select nominees from a global pool of web design submissions throughout the year, so competition is fierce.

Our nomination was received as a result of recent projects such as Genesis, Two Chimps and Robert Underwood Multihulls which all had an amazing response from the respective clients, general feedback and the multiple awards each project won.

We already feel that this nomination is a huge achievement in itself but going on to win the overall award would be a tremendous accomplishment. Please wish us luck!

If you’d like to learn more about this nomination or any of our web design projects, please get in touch.